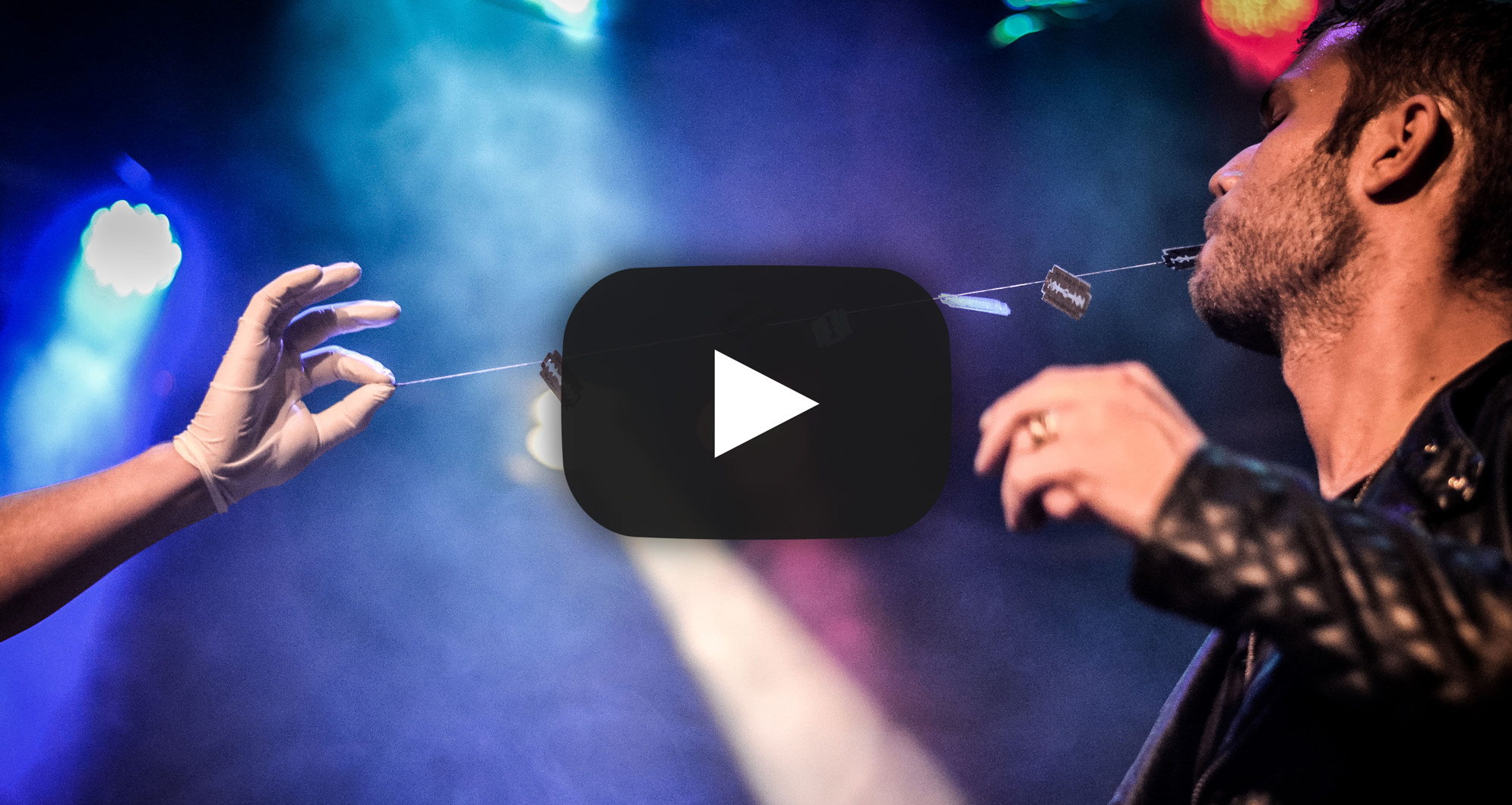 Described as Jimmy Page meets David Blaine, Illusionist Sammy Cortino is rocking a new generation of audiences with a fresh approach to the art of magic. In his range of visual and sonic sorcery, he has entertained the likes of notables like Penn & Teller and Ryan Seacrest.

The rising star, who’s opened for renowned rock acts like Thirty Seconds To Mars, can be seen performing on international stages and on television, including at LA’s famed Whisky A Go Go and San Diego’s Comic Con.